There are a few bits of terminology that might be confusing when it comes to any form of home improvement. One of those topics is the differences between a railing and a banister, which may look pretty similar from a simple glance. So, what is the difference between these two items?

A banister is the definition of extended support that runs alongside staircases.  Banisters are interchangeable with handrails in a definition sense. Meanwhile, a stair railing is what is there to prevent you from falling off the stairs.

These are all used with regular frequency and are typically confused with one another. We’re going to detail the definitions of the two, as well as their safety requirements.

What is a Banister?

A banister can mean a couple of things, depending on your background. Typically, the most common definition comes back to the “handrail” mention. You regularly grab onto handrails (banisters) when quickly hurrying down the stairs.

Banisters also refer to your standard stair fencing. The vertical rail that provides support to the handrail is known as balusters. Balusters ensure that putting any weight on the handrail will result in enhanced support.

You may also see the word footrail thrown in the mix here, which is the crosspiece used to support the rail’s foot.

The combination of all of these components creates a balustrade, which is outdated terminology. Today, people typically call the whole unit a banister.

Why is it Called a Banister?

A banister is called such because derived from baluster. Baluster, which links to the word balustrade, has a likeness to a wild pomegranate (called the balaustion).

At the time, the railing’s likeness resembled the appearance of the flower of the wild pomegranate. The original designs were based on that inspiration, so it has changed massively since that time.

What is a Railing?

A railing is a barrier between you and the wrong side of the staircase. Using this old terminology, it would be interchangeable between banister or balustrade. Railings are railings because they provide complete support, both vertical and horizontal bars included.

A railing can be wood, metal, or any other material that comes to mind. This terminology is not limited to stairs, as you may see someone refer to a fence as a railing.

What is A Safe Distance For Banister Railings?

When installing railings, you can follow the same rules as you would with deck stairs. That means they need to easily reach the bar from standard heights, which typically means they should be around three feet tall.

The vertical spacing between rails needs to be enough to handle a larger human’s weight easily. The standard protocol is to place a vertical bar at each third riser (step). Typically, it’s a good idea to have it support up to 200 pounds.

When deciding between a banister and a general railing, both have a good deal of crossover. In some cases, people may be meaning the same thing despite using different terminology. Understanding the difference between the two might alleviate confusion. At the very least, it’s good trivia.

We are located At

Get A free Quote 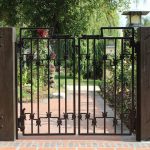 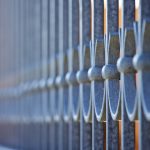 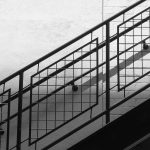 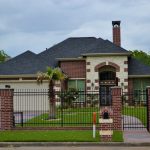 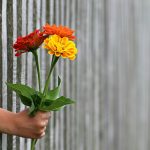 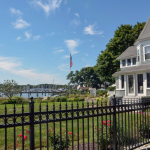